The final panel for the 2021 Costa Book Awards and Costa Short Story Award. 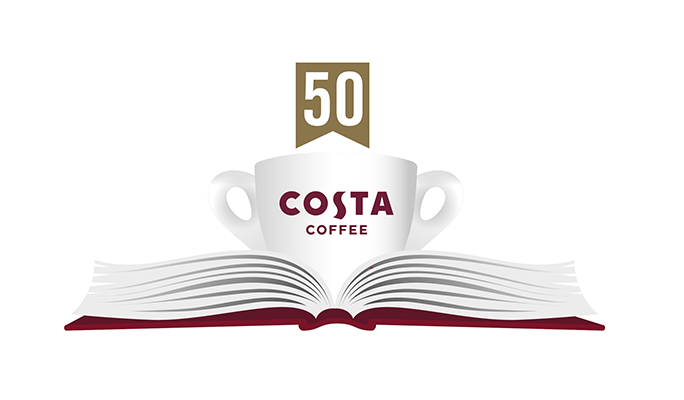 Each of the five award categories is judged by a panel of three judges.

Selected by a final judging panel made up of a Chairman, a judge from each category panel and three other well-known people in the public eye who love reading.

Check below to see the 2021 Award's final judges and view the full panel of category judges here.

Reeta presents the One, Six and Ten O'Clock News on BBC1 and also reports at home and abroad. She was previously Education and Social Affairs correspondent, and spent many years reporting politics from Westminster. Her specialist subject on Celebrity Mastermind was the poet John Keats and she also took part in a celebrity episode of Only Connect for Comic Relief. Reeta is married with three children, and lives in North London.

His memoir, 'Maggie & Me', won Stonewall Writer of the Year and was named Sunday Times Memoir of the Year. His debut novel, 'You Will Be Safe Here', was shortlisted for six major awards and a named a Book of the Year in the Observer, Irish Times and The Times. He has written columns for The Times, Sunday Times and Big Issue and hosted Front Row on BBC Radio 4. Damian brought books back to television with 'The Big Scottish Book Club', he also hosts 'Shelf Isolation' on the BBC. In 2020 was made a Fellow of the Royal Society of Literature and gained his PhD in Creative Writing. He created the Literary Salon in 2008.

Jessie Burton is the author of the Sunday Times number one and New York Times bestsellers The Miniaturist and The Muse, as well as the Sunday Times bestseller The Confession and children’s books, The Restless Girls and Medusa. The House of Fortune, her sequel to The Miniaturist, will be published by Picador in July 2022. Her novels have been translated into forty languages, and she is a regular essay writer for newspapers and magazines.

Rishi Dastidar is the author of two poetry collections; Ticker-tape and Saffron Jack, both published by Nine Arches Press. He is also editor of The Craft: A Guide to Making Poetry Happen in the 21st Century (Nine Arches Press), and co-editor of Too Young, Too Loud, Too Different: Poems from Malika’s Poetry Kitchen (Corsair).

Xiaolu Guo is a novelist, memoirist and filmmaker. Her novels include A Concise Chinese English Dictionary for Lovers, and A Lover’s Discourse (nominated for the Orwell Prize 2021). Her memoir Nine Continents received the National Book Critics Circle Award 2017. She has also directed nearly a dozen films and had her film retrospectives around the world.

Smriti Halls is an internationally bestselling, award-winning children’s author, published in more than 35 languages worldwide. Current titles include I’m Sticking With You (shortlisted 2021 British Book Awards) and Rain Before Rainbows (shortlisted 2021 Indie Book Awards). Her books have been nominated five times for the Kate Greenaway Medal. She is a patron of the School Library Association and a recent BookTrust Writer in Residence.

With 64 national titles to her name, she was appointed OBE in the 2017 Birthday Honours for services to tennis, women in sport and charity. She has been Scottish National Coach and Captain of the British Fed Cup Team and has also developed several nationwide tennis initiatives aimed at encouraging more women and girls into tennis including Miss-Hits, Tennis on the Road and She Rallies. Judy has appeared on Strictly Come Dancing (2014), The Chase Celebrity Christmas Special (2018) and Celebrity MasterChef (2020). Her sons are the Grand-Slam-winning tennis players Jamie and Andy Murray and she lives in Perthshire, Scotland.

Broadcaster and Editor in Chief of The Frank Magazine

She has presented Today with Des and Mel with Des O’Connor, Let’s Do Lunch with Gino D’Acampo, Going out with Alan Carr on Radio 2 and Shop Well for Less with Joanna Page on BBC 1. She has two sons and lives in London. In November 2021, Melanie received an autism diagnosis which she has described as life changing and life affirming.

Andrew Wilson is a novelist, biographer and journalist. He is the author of Beautiful Shadow: A Life of Patricia Highsmith and biographies of Sylvia Plath, Alexander McQueen, Harold Robbins and a group biography of the survivors of the Titanic. He is the author of four novels which feature Agatha Christie as a detective. His first novel, The Lying Tongue, was published in 2007 and in May of this year he published the psychological thriller Five Strangers, under the pseudonym E.V. Adamson. He is a creative writing mentor on the Gold Dust scheme and the new tutor on the Faber Academy crime course.

Learn more about this year’s panel of judges here by downloading the PDF below.

Download the PDF below to view a complete list of all past Costa Book Awards judges from 1971 to present.